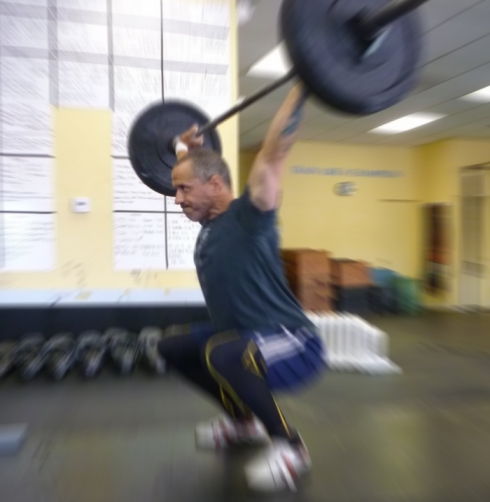 Looking to get a detailed glimpse behind the scenes of a Crossfit Games competitors training and the thinking behind it?  Paul Flores, owner of  Crossfit East County, placed second overall in the Men’s Masters division (and an impressive 51st in the highly competitive San Diego/Arizona Sectional).  Since the beginning of June Flores has opened up his training log to the public on his blog.  What makes the site interesting is it’s more than the basic “Annie 6:13”.  Flores provides insight into why he’s performing certain workouts (he does his own programming), narration on the effort, and comments on what’s motivating him in his training.  After a tough workout involving heavy deadlifts followed by kettlebell pistols Flores provides a comment that any Games competitor would be wise to heed:

“…part of this journey is to try to get anything and everything covered before the Games rolls out an exercise you’ve not tried in a workout. You’ve got to throw that fishing net out as far as possible to get as many fish as possible.”

Check out Paul’s Blog at: