If you [have] hopes of being a high level weightlifter, better to learn the squat style. If you are doing it for recreation or for general fitness or strength, the split is not such a bad thing.

Be smart though. The same rules still apply. In order to put up more weight you’ll need to get under the bar. As another commenter on the post, Nick Horton,  points out:

Depth is still depth. And more depth = more weight on the bar. And if you decide at some point to start squat snatching, you don’t want to have built a habit of not getting under the bar.

Horton also provided the following pics to illustrate his point: 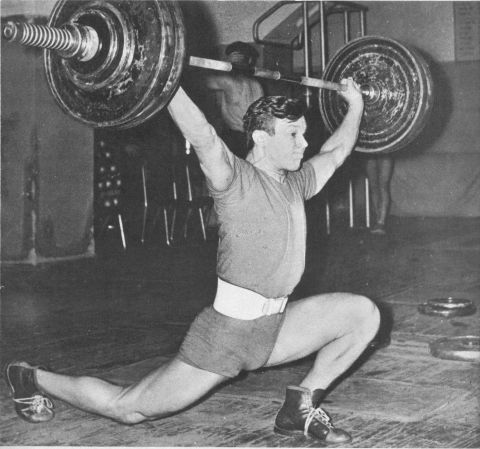 The forum posting can be found on: Pendlay Forum>Olympic Lifting>Split Snatching