The Power Snatch is half the movement. It gives someone with a shitty pull and a shitty finish, the ability to continue to be shitty at Snatching, while moving a relatively heavy load to overhead with the shittiest, most useless possible technique. It allows under-developed lifters to feel good about themselves, while remaining under-developed, and only practicing the pulling portion of the lift. My best lifters—at the Snatch—look the exact same with an empty barbell as they do with 150kg. The Power Snatch is good for de-loading, or practicing the pull, but it should never be a lifters default choice.

Reminder to self: quit trying to improve my snatch by doing power snatches.

You can find the original post here:
The Outlaw Way: A note on Power vs. Full lifts

You can also find our favorite Snatch video here. 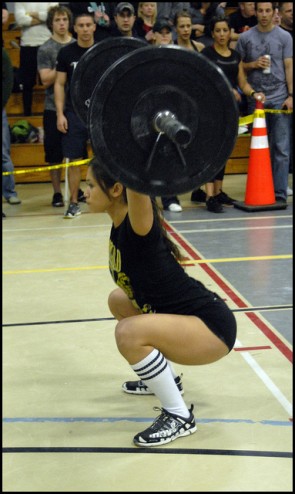